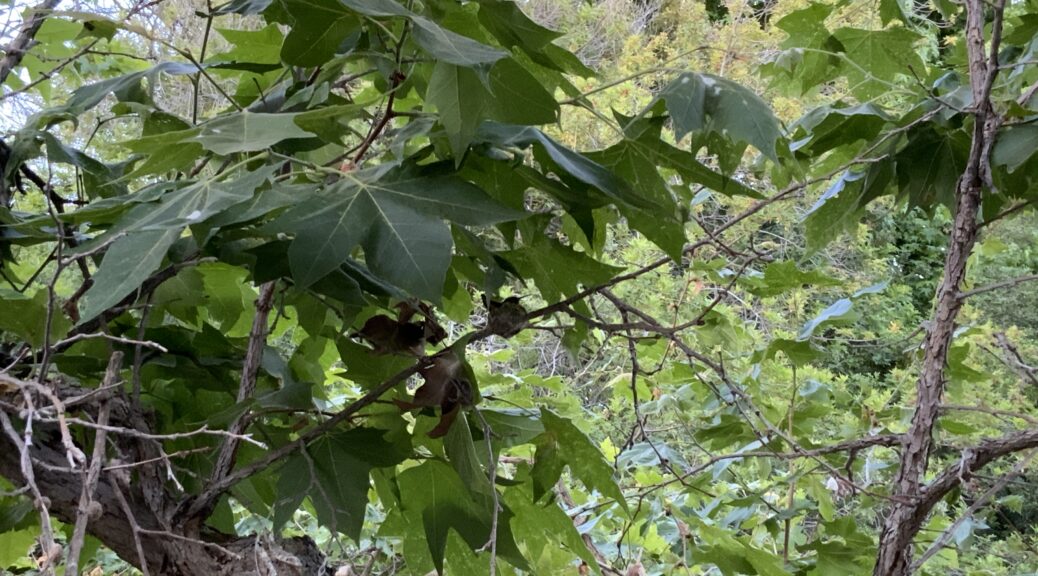 A research paper by Jacy Black

Psychological mindedness (PM) is understood as an awareness and comprehension of mental processes such as thoughts, emotions, and behaviors, of which empathy and self-reflection are essential parts (Beitel, Ferrer, & Cecero, 2005, pp. 740-747). One aspect of empathy, and therefore psychological mindedness, is perspective-taking, or the “transposing of oneself into the thinking, feeling, and acting of another,” (Dymond, 1950, p. 343). A literature review conducted by Gerace, Day, Casey, & Mohr (2017) evaluated the relationship between self-reflection and perspective-taking according to previous research. Gerace et al. (2017) advocate the importance of accurate self-knowledge in self-reflection, thus impacting the empathetic skill of perspective-taking (pp. 4-24). This is further supported by experimental study results that demonstrate a positive relationship between personal insight and empathy (Dymond, 1950). However, despite supporting the relationship between self-reflection and empathy, Gerace et al. (2017) recognize the ambiguity in studies exploring this relationship and the need for further research into these two skills.

As self-reflection impacts perspective-taking, it stands to reason that activities designed to improve self-reflection and accurate self-knowledge can foster the development of empathy. Likewise, as empathy is widely recognized as a beneficial skill, exploring potential methods of improving empathy is a worthwhile endeavor. Journaling is one such method that can promote the development of empathy. It is our personal understanding that journaling can be an important introspective practice to improve emotional awareness and self-knowledge when utilized for this purpose. It was through this personal interest and experience that we began our study. Additionally, under the presumption that journaling proves to be effective in promoting empathy, this is a relatively inexpensive activity that can be easily and widely implemented.

Previous research suggests the practice of journaling may be beneficial in improving empathy, however journaling was not the main subject of previous studies and not all results were empirically based. Doctoral research conducted by Patton (2019) explored journaling, among other methods, to promote learning and empathy within the classroom. The results of her thesis concluded that journaling fostered empathy with regards to perspective-taking but not other explored measures, attributing the results to students’ ability to utilize journaling to process their own emotions while learning about the emotions of others (Patton, 2017, pp. 117-118). Another experiment explored journaling as a method to encourage self-reflection and awareness in students from a client-centered Occupational Therapy program (Jamieson et al., 2006). While it was assumed that journaling was beneficial, the assessment lacked an empirical evaluation. This prevented any determination of whether journaling significantly impacted the training experience and student empathy (Jamieson et al., 2006, pp. 79-82). Research focused solely on the practice of journaling, and how it should be utilized, is required to measure its impact on empathy more directly.

This study explores the relationship of journaling on empathy. We anticipate that the impact of journaling on empathy scores will be mediated by the way in which journaling is utilized. It is hypothesized that an increase in empathy scores, determined by the Emotion Quotient (EQ) for Adults and the Social Stories Questionnaire (SSQ) for Adults, will be significant when journaling content is centered around emotional-awareness, as opposed to no significant change in empathy scores when journaling consists of reiterating daily activities. This hypothesis is based upon the principle that reflection upon one’s emotions is important in fostering empathy.

The experiment was conducted as a between-subjects design focused on the effects of journaling utilization on empathy scores. Undergraduate participants were randomly assigned to one of two journaling utilization conditions, tested on scores of empathy, and engaged in journaling for the duration of one week. Afterwards, they were again tested on empathy and the pretest and posttest scores were compared for significance.

Participants. Eight undergraduate students were recruited from the University of California, Los Angeles for a week long study (M=3 , F=5, Mage= 20.43, age range: 19-22). All participants are undergraduate colleagues of the researchers. One participant’s data was excluded from data analysis as they requested to leave the study. Refer to Table I for participant information according to group.

Design. The experiment was conducted as a between-subjects design where participants were randomly assigned to one of two experimental conditions. The independent variable, journaling utilization, existed in two conditions: daily activity journaling (Group 1) and emotional-awareness journaling (Group 2). Empathy, the dependent variable, was operationalized according to the Empathy Quotient (EQ) Test for Adults and the Short Stories Questionnaire (SSQ) for Adults, two different measures of empathy (Appendix A). All participants took the EQ and SSQ tests and submitted the questionnaires for scoring. This pretest provided baseline empathy scores to compare later posttest empathy scores to, allowing for an analysis of empathy change following the experimental manipulations. Both conditions were then instructed to journal nightly before going to sleep for the duration of one week. Participants in Group 1 were instructed to utilize their journal to recall daily activities and served as the control group. Group 2 participants were instructed to journal regarding their emotional states throughout the day and served as the experimental group. A list of different emotions and associated signs and behaviors were also provided to Group 2 participants (Appendix B). They were encouraged to refer to the chart to precisely identify and label their different emotional states when journaling each night to promote deeper emotional-awareness and reflection. All participants were instructed to journal for the same amount of time each night (10 minutes) and for the duration of one week to control for potential confounding variables. At the end of the last day of journaling, both groups retested on the EQ and SSQ tests and submitted them for scoring. The pretest and posttest scores were then compared and analyzed across conditions for significant trends.

It was anticipated that the journaling utilization would mediate the impact of journaling upon empathy scores. We hypothesized that the increase in empathy scores would be significant for the emotional-awareness condition (Group 2) compared to no significant change for the daily activities condition (Group 1). Across the emotional-awareness condition, the resultant data was consistent with the original hypotheses. Group 2 participants improved by an average of 2.35 points for the EQ test (approximately 3.00% improvement) and 1.0 point for the SSQ test (approximately 5.0% improvement). These were considered to be a marginally significant and significant results, respectively, observed for almost all participants in Group 2. For the daily activity journaling condition, SSQ scores were fairly consistent with an average increase of .33 point (approximately 1.65% improvement). This change was deemed nonsignificant, and corroborated previous expectations. However, the EQ scores for the daily activity journaling showed an unexpected decrease; on average, participants in the daily journaling condition showed a decrease of 6.17 points from the pretest to the posttest (approximately 7.71% decrease). This was an unexpected result demonstrated across over half of participants in the control condition. SSQ and EQ scores are summarized in Table II.

The increase in empathy scores observed for participants in the emotional-awareness condition was consistent with our hypothesis. While this result could be attributed to the retest effect (also referred to as the practice effect) as the exact same SSQ and EQ tests items were administered twice, the effects would have been universally applied to both conditions. As the only marginal or significant increases of EQ and SSQ scores were observed for Group 2, the score improvement is more likely due to the effects of practicing emotional-awareness journaling than to previous exposure to the test questions.

Across nearly half of the participants, average scores on the EQ tests (44-50) and low scores on the SSQ test (5-8) were paired together for a participant, which is not typical for the empathy tests. The inconsistent results are unexpected, as these items typically have high concurrent validity. However, the SSQ and EQ differ on the number and nature of items presented, which may pose an explanation for this occurrence. The EQ relies upon self-report of how strongly a participant identifies with a list of 40 provided statements (Appendix A). The SSQ consists of ten different stories and corresponding responses, of which participants are asked to identify any responses could be perceived as upsetting. Additionally, whereas the EQ is an American test, the SSQ was created by the University of Cambridge in the U.K. As the majority of study participants were American undergraduates, it is likely that British phrases in the SSQ impacted comprehension and led to lower test scores. The combination of the different methods of assessing empathy and the language differences across the test likely contribute to the low concurrent validity observed.

The substantial decrease in EQ scores for the daily activity journaling was unexpected and consistent across most Group 2 participants. It is unlikely that the act of daily activity journaling was a major cause of the decrease in EQ empathy scores. Rather, this was likely caused by a careless task approach on the self-report, as traditionally EQ scores show high test-retest reliability over the course of 12 months ( “The Empathy Quotient (EQ) for Adults”, n.d.).

Previous studies indicate journaling promotes the improvement of empathy skills. This research was supported by the results from this study, as the emotional-awareness journaling condition showed an increase in scores across both the EQ and SSQ tests. The empathy score increase deemed marginally significant or significant were only found for the emotional-awareness condition and not for daily activity journaling. This implicates the importance of self-reflection in promoting empathy, as empathy scores only increased when participants were instructed to foster emotional-awareness by utilizing their journaling sessions to recognize and label their emotions. This study suggests it is not the act of journaling itself that is significant, but the way in which it is utilized to promote self-reflection that has an impact upon empathy.

The resulting trends demonstrated that journaling focused on emotional-awareness was a likely contributor to the observed increase in empathy scores across the EQ and SSQ tests. However, further research directed specifically at the practice of journaling is needed to further support previous research findings and assert whether journaling is a major cause of empathy improvement. Additionally, the degree to which empathy scores can improve through journaling remains unexamined. The small sample size and the limited duration of the experiment posed limitations that should be considered and improved upon for future study, as a larger participant pool and a longer period of journaling could lead to more substantive results. Likewise, further study is necessary to determine which manner of journaling is most beneficial for the improvement of empathy.

Sample Items from the Empathy Quotient (EQ) Test for Adults

Please fill in this information and then read the instructions below.

How to fill out the questionnaire

Below are a list of statements. Please read each statement very carefully and rate how strongly you agree or disagree with it by circling your answer. There are no right or wrong answers, or trick questions.

One thought on “Journaling Promotes Empathy When Centered on Emotional-Awareness”